The event took place at the Dysart Unified School District office in Surprise, Arizona and was attended by community members, principals, teachers, superintendents and many members of the district office staff.  The ceremony was aired live on Facebook and the flag folding was conducted by Vietnam Veterans and heroes, Mr. Dennis Grau, United States Navy and Mr. Don Burnett, United States Army. The narration and symbolic meaning of each fold of the flag was presented by Mrs. Harriett Grau of the Veterans of Foreign Wars (VFW) Auxiliary.

“This symbol of our country is presented to Assistant Superintendent Jim Dean for his many years of dedication to the Veterans program in this district,” states Mr. Grau.

Mr. Dean, current Assistant Superintendent of Support Services, operated for many years as a principal in the Dysart district and served at Sunset Hills Elementary School and Canyon Ridge School, during the formative years of both schools. His affiliation and support of VFW causes, such as Veterans in the Classroom, has been consistent for over a decade.

“The ceremony today is an extension of the annual Veterans Commemoration event that we have performed at Canyon Ridge School for over ten years,” said Christopher Raso, seventh grade Social Studies Teacher. “The current pandemic does not allow us to proceed with our school-wide assembly but we could not let the day pass without honoring our Veterans, presenting them with cards and letters of gratitude from students, and providing an opportunity for the presentation of  this well-deserved award to Mr. Dean.”

Mrs. Jill Hoppe, principal of Canyon Ridge School stated, “Our Veterans have given so much of themselves to our country and continue to foster patriotism in us all.” 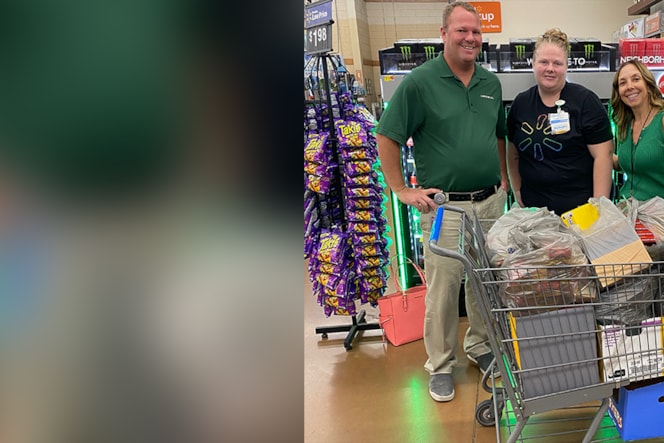 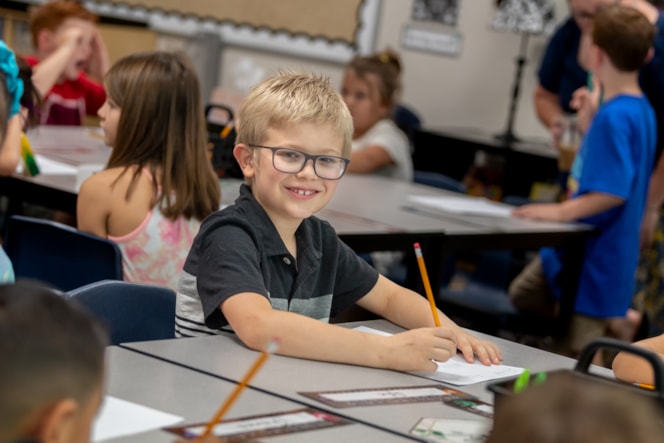 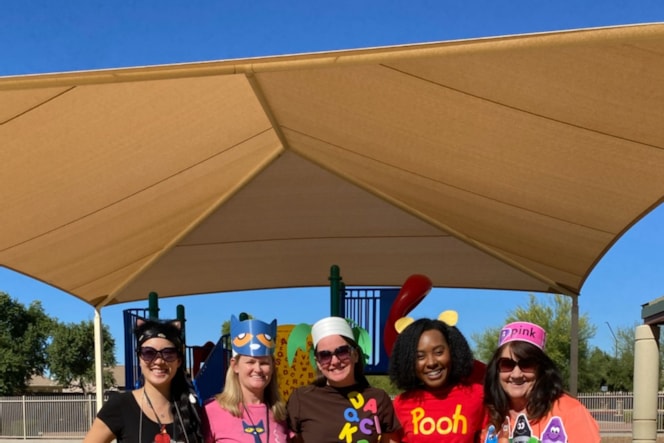 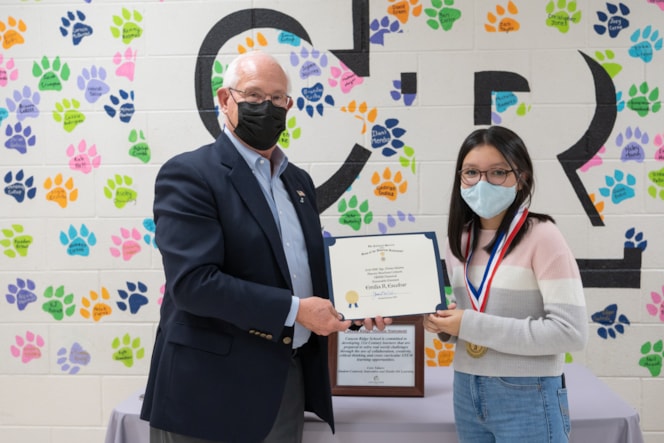